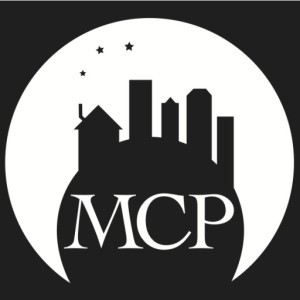 There’s a history behind the name, Moon City. In 1867, the long-awaited railroad (key to the Ozarks’ economic future) still had not reached Springfield, and a St. Louis newspaper opined that those in charge had “as much ability to build a railroad to the moon as to Springfield.” In 1870, the railroad did arrive but not to “old town,” as promised. A better land deal lay to the north, and so a “new town”—North Springfield—was improvised and laid out around present-day Commercial Street. This was sheer folly to the “old towners,” who called the upstart “new town” Moon City (If you want to know the two towns’ boundary, look to Division Street). Rivals at first, the towns merged in 1887. Back when the press was first proposed, the editors remembered this old story. Symbolizing the quixotic, improvisational spirit of our region’s history and culture, the name is one that Moon City Press is proud to keep—even if it requires some explaining.

Moon City Press is now a literary press housed in the English Department of Missouri State University in Springfield. Since 2014, it has published the annual winners of the Moon City Poetry Award and the Moon City Short Fiction Award as well as the press’ annual literary journal, Moon City Review, which features individual works of fiction, flash fiction, poetry, creative nonfiction, graphic narrative, and translation.